5 Brave ideas from the launch of the Diaspora Voting Report 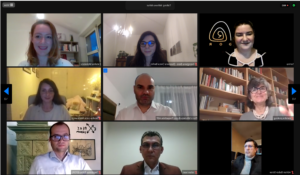 5 Brave ideas from the launch of the Diaspora Voting Report

Last week saw the launch of the first report on the conduct of voting abroad, produced by a coalition of 4 diaspora organisations with the help of concerned citizens from across Europe.
The launch generated a productive discussion between officials present at the event and civil society representatives. A few ideas stand out in particular:

The fact that each type of election is regulated by different laws, that change a few months before the election, makes it very difficult to organise and promote elections.

Both the institutions organising the elections and civil society representatives agreed during the meeting that there is a need for a unified, coherent and well thought-out Electoral Code, which would provide a predictable framework for the preparation and promotion of elections.

The experience of the last two years of elections is an important basis for this approach.

There are already plans in Parliament to set up a committee on electoral legislation to deal with this project over the next 4 years. We look forward to sending them our views.

Elections are important. It takes a lot of discerning people to take on these responsibilities on voting day, and all these people need to be prepared.

Strengthening the electoral framework will create the perfect context for the development of an online training platform for polling station operators. All that remains is to find the people involved.

Most problems in elections occur when votes are not counted correctly, and this is largely because the counting is done on the night immediately before the election, by commissioners, after 16 or even 32 hours on duty.

An automated vote-counting mechanism would dramatically reduce miscounts, and for that we need to change the format of the ballots, which now look too much like supermarket flyers.

It’s pretty clear that sporadic civics education in high school is not enough to prepare citizens to become informed voters.

In fact, it seems that parliamentarians are themselves often confused about the role they play in the democratic machine, the responsibilities they have to the constituency they represent, and how they should honor them.

Not surprisingly then, most people were shocked to learn that proof of residence abroad is required to vote in parliamentary elections in the diaspora constituency. The distribution of seats is complicated and has never been explained to us.

It is therefore quite clear that we need better civic education, both from the state and from the media and civil society.

But perhaps the most important idea is that elections are not just a once-every-four-years event. Elections are a process, and an evolving one at that. It’s important that we take part in it to make sure we have what to vote for and how to vote on the inevitable Election Day, wherever we are.

The report can be read here.

It was compiled by Diaspora Civica Berlin, The Diaspora Initiative, DOR – Romanian Diaspora and Rezist Zurich, based on personal experience and feedback from election commission members and voters abroad.

The launch had as guests:

The event can still be watched here.

If you still have testimonies about voting in the diaspora we are still waiting for them here.