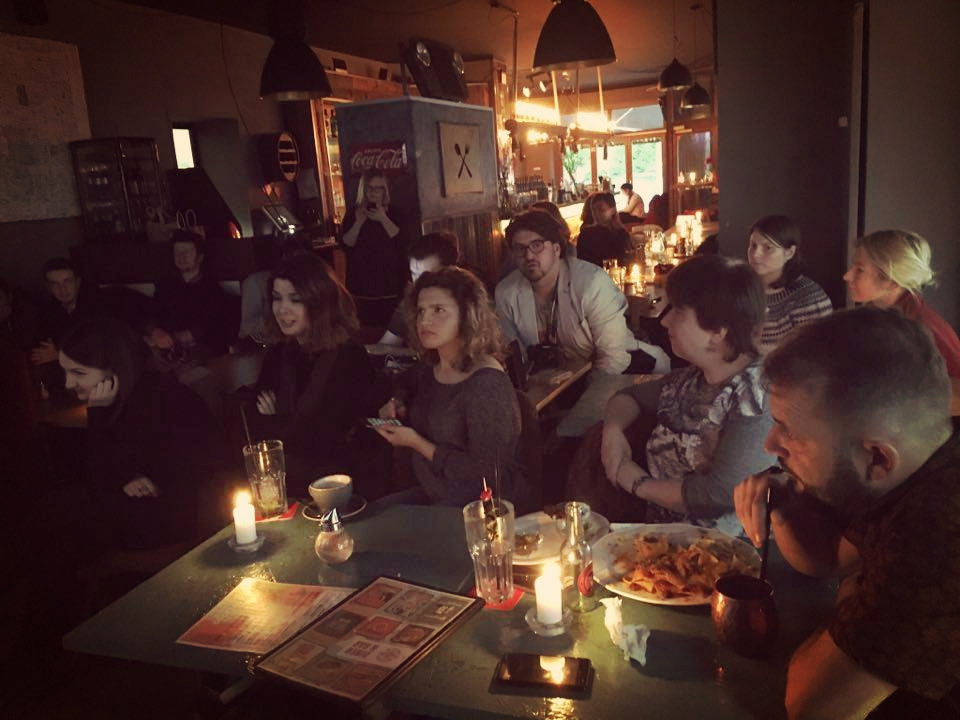 Three weeks later, on April 23 2017, in a nice cafe in Berlin, we watched the movie “Kapitalism – Our Secret Recipe”, directed by Alexandru Salomon. This was the documentary that started the DC Film series of events.

Some remembered, others found out exactly how easy it is to make money in Romania when private business is closely linked to strong people in public office. “Kapitalism” brought to light the ubiquity of corruption in Romanian politics and the fact that in Romania public money ends up without difficulty in private hands.